Stefanie Zingl and Raoul Schmidt offer a glimpse into the not so distant past and discuss the potential of these non-industrial films. What is so fascinating about them? What do they have to say to us today?

„This is not a film”, reads a note accompanying a Super 8 film. Written in large, decisive handwriting, the note states that this reel is not worth looking at. A minuscule sticker on the film box provides the intended title of this non-film: Irrsinn in rot, weiß, gelb (Lunacy. Red, white, yellow). While describing the content, a play of light in which movements and colors take turns, the title also imbues the film with a tint of playful absurdity that does not sit well with the common use of the medium. This cinematographic experiment reveals the imaginative capacity of home movies, yet the note confronts us with the expectations of documenting family life. The film’s abstraction separates it from the family filmography and disturbs the familiarity ensconced in memory recording. Home movies occupy an similar position in the history of cinema. The absence of traditional or experimental narrative, together with the lack of recognition of their authorial intent, places home movies on the brink of oblivion.

With the introduction of small gauge formats, filmaking underwent the transformation from what used to be artistic privilege to a practice. Since that moment, a vast number of films have been produced by people who are not necessarily artists and who do not consider their films art. Yet, home movies are more than hasty cinematic notes on family life. They are intriguing specimens of the aesthetics of the everyday or, more precisely, they depict the exceptional in the everyday. Films showing a child’s first steps or a colorful play of light are testimonials of a shaping of the past as well as a desire to communicate and express oneself.

The Austrian Film Museum approaches the home movie practice by collecting films and the stories behind them, as well as the equipment of private film production. By interviewing the filmers and donors, the aim is to preserve the personal history in order to document the wide breadth of relations the films contain. 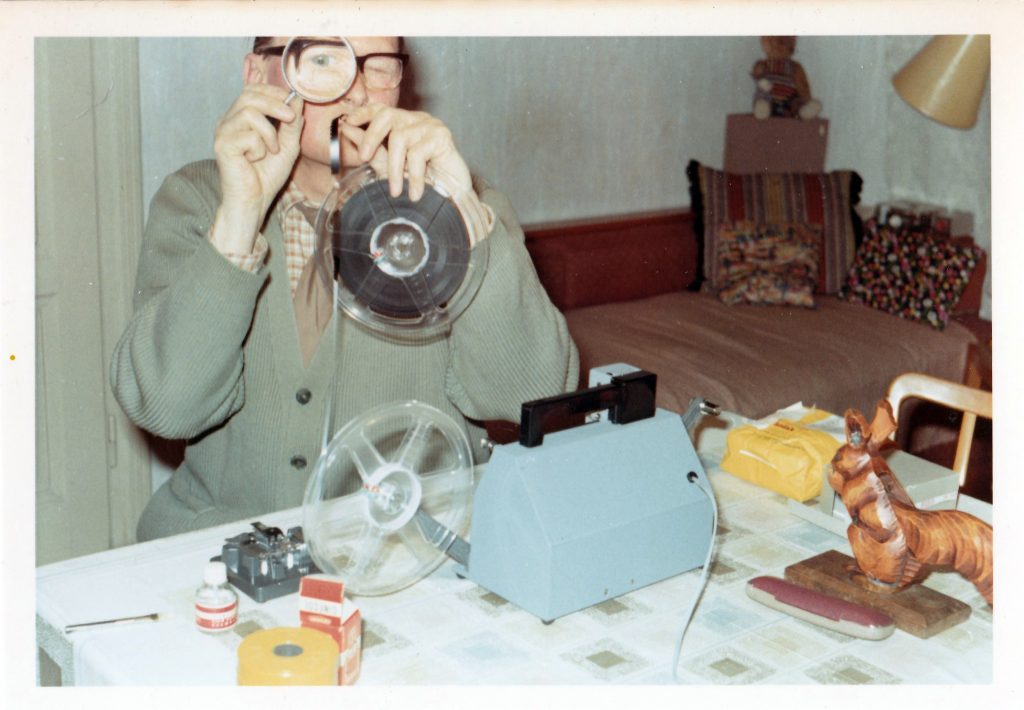 a.
a. A Small Gauge Gaze. Recollecting Home Movies