How to Tell the Story of Liberated Concentration Camps: On the Written Documents of British Cameramen and Filmmakers

In the seventh session of CERCEC’s H2020 „Visual History of the Holocaust“ Research Seminar, Ulrike Weckel (Justus Liebig University Giessen) explores what the written documents of British cameramen and filmmakers can tell us about their perceptions of Allied atrocity films.

Historians studying the making and screening of Allied atrocity films at the end of World War II are in the paradoxical position of knowing the most by far about the one film that was never finished or screened. It was the British, Sidney Bernstein’s team working in the Ministry of Information in London, who gave the most thought discerning the stories that footage of the liberation of concentration camps could tell and which it should tell to especially German audiences. Fortunately for historians, the team sketched its main conclusions on paper. It also sent memos to the Army Film and Photographic Unit describing the material they wanted. And the British cameramen at Bergen Belsen filled out caption sheets, detailing the contents of their footage and the circumstances in which they had shot it. The talk will explore what the written documents can tell us about cameramen’s and filmmakers’ perceptions of the shocking images and the sensitivity with which at least some of them considered their effects on contemporary audiences. 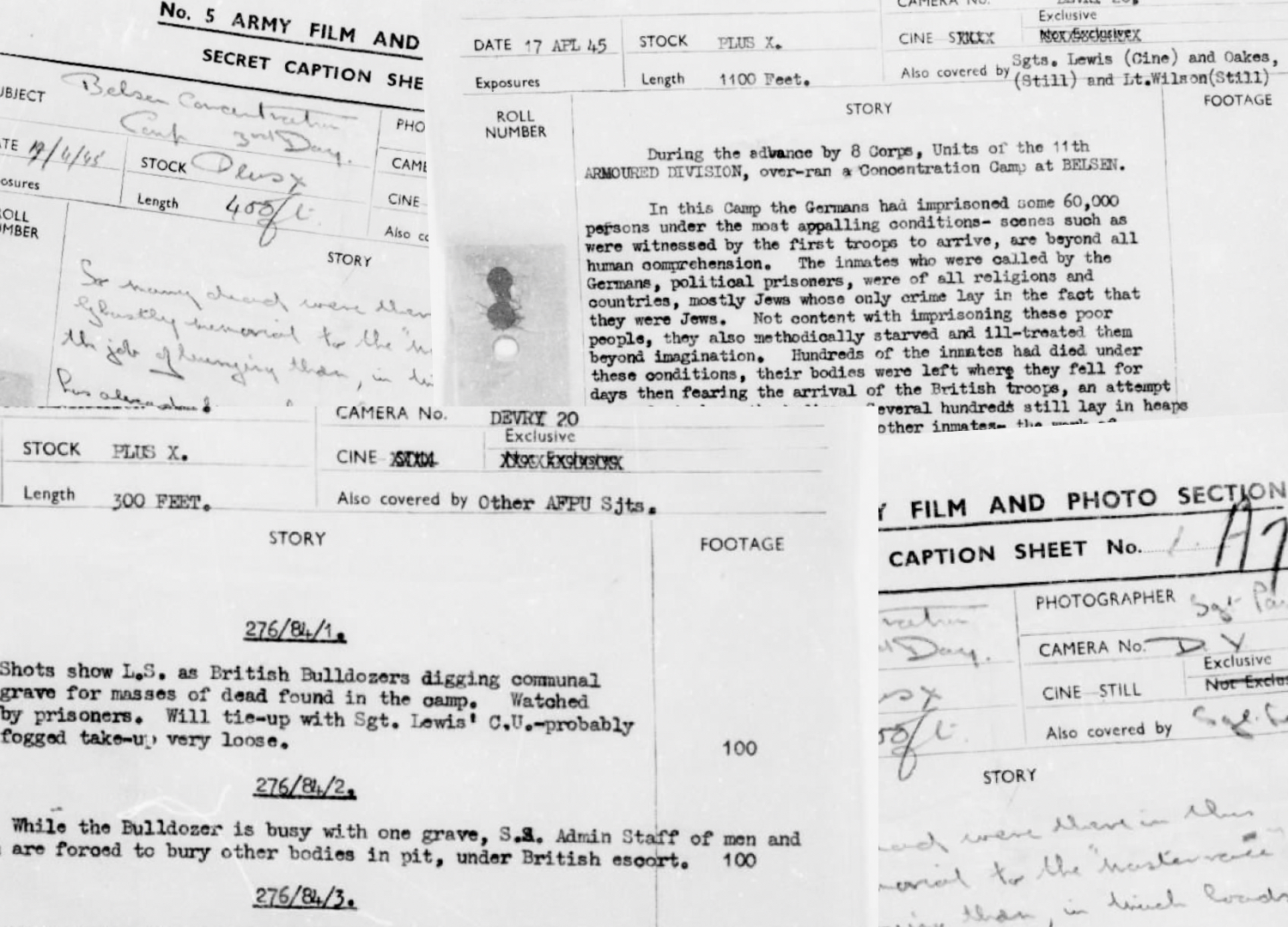 a.
a. How to Tell the Story of Liberated Concentration Camps